Pursuant to Queen’s Bench Rule 2-34(2), Canadian Nationalist Party Inc. is submitting an application to the Court Of Queen’s Bench For Saskatchewan that Mr. Travis Patron be granted the ability to continue representing the plaintiff in the aforementioned civil action.

Prosecuting In Thine Own Name

Pursuant to s.31(f) of The Legal Profession Act, 1990, Mr. Patron can rightfully be considered to be acting in their own name when representing the Canadian Nationalist Party given that they are:

The current lawyer on file has direct experience related to the claim contained in the lawsuit and is acting in their own name when putting the defendant (City Of Saskatoon) to a court of law. Mr. Patron holds sole directorship of the corporate entity Canadian Nationalist Party Inc. and is best suited to act on behalf of the corporation in public affairs. The Canadian Nationalist Party is a federally-sanctioned political party with Mr. Patron acting in their own name as Chief Agent and Party Leader. As current Sole Director, Chief Agent, and Party Leader there is no person better suited than Mr. Patron to act as lawyer on file and make decisions as it pertains to public representation of the Canadian Nationalist Party.

Respect For The Inherent Dignity Of The Human Person

The allegations against the City Of Saskatoon are most serious for the democratic and constitutional integrity of Canadian society. The Canadian Nationalist Party was not permitted to assemble publicly and communicate their policies during the recent 43rd Federal Election (September 11th – October 21st, 2019). An abundance of case law will support the precedent that Canadian society is to be “free and democratic” and that the court has a commitment to ensuring social justice and faith in political institutions which enhance participation in society.

R. v. Oakes, [1986] 1 S.C.R. 103, D:0017, at p. 136, Dickson C.J., for the court, stated that the phrase free and democratic society “refers the Court to the very purpose for which the Charter was originally entrenched in the Constitution: Canadian society is to be ‘free and democratic’. The Court must be guided by the values and principles essential to a free and democratic society which I believe embody, to name but a few, respect for the inherent dignity of the human person, commitment to social justice and equality, accommodation of a wide variety of beliefs, respect for cultural and group identity, and faith in social and political institutions which enhance the participation of individuals and groups in society.”

Denying Mr. Patron the ability to continue serving as lawyer on file given they are sole director, chief agent, and party leader would be neglectful of the inherent dignity of the human person and damage public confidence in social and political institutions which are designed to enhance participation in society.

The Church Shall Be Free

The Magna Carta of 1215 has been listed as applicable legislation in this claim and shall not go unnoticed. We will not tolerate the defendant referring to our most important Magna Carta as “pseudolaw” as they did during the previous court proceeding on Thursday, October 15th. The Magna Carta is as lawfully binding upon the Crown today as it was the day it was sealed at Runnymede.

The Magna Carta was successfully invoked in accordance with Clause 61 on March 23rd, 2001, and continues to embody the supreme law of the whole realm today. All citizens of the realm have a lawful duty to recognize this treaty until the Crown has made redress. Any Crown Agent who, when called upon, fails to honour this treaty may be held criminally liable for aiding and abetting High Treason. Please consider this notice a fair warning to all parties involved.

The Canadian Nationalist Party hereby reiterates that they identify with the English Church as described in the Magna Carta of 1215:

“First, that we have granted to God, and by this present charter have confirmed for us and our heirs in perpetuity, that the English Church shall be free, and shall have its rights undiminished and its liberties unimpaired. That we wish this so to be observed, appears from the fact that of our own free will, before the outbreak of the present dispute between us and our barons, we granted and confirmed by charter the freedom of the Church’s elections – a right reckoned to be of the greatest necessity and importance to it – and caused this to be confirmed by Pope Innocent III. This freedom we shall observe ourselves, and desire to be observed in good faith by our heirs in perpetuity.”

The City Of Saskatoon has already refused to honour the Canadian Nationalist Party’s request to host a public event on City Hall premises to communicate their policies during the recent 43rd Federal Election due to their denominational nature. A further refusal to grant the current lawyer on file, Mr. Patron, to continue acting as such, would represent a continuation of the impairment of their religious freedom:

“God said: Whoso liveth with Jehovih is free from Jehovih. These need no man’s government; for they practice righteousness, peace, love, industry and wisdom, with due regard to one another. Such is the Father’s kingdom on earth. In which there shall be no laws made by man; neither shall there be leaders or rulers. The progress of man is toward this; the progress of governments of man should shape toward such a consummation. The time was, when laws were requisite unto all things, even to the manner of a man coming in and going out of a house; and to every occupation that man followed; with licenses and taxes regulating them; the time of apprenticeship to a barber, to a weaver, to a lawyer, to a preacher, to a physician, to a smith, and to all other trades and occupations with examinations and passports to practice within the king’s dominions; with rates for fees and rights and privileges. But these laws and governments were for the past eras; they were righteous in the first place, for they shaped man’s judgement toward perfecting himself. But, behold, a new time is in the world; from the acquisition of knowledge a new liberty hath been born into the world. And it crieth out on every side: Throw open the doors unto all trades and occupations; behold, the multitude are sufficiently wise to judge themselves as to whom they shall patronize. Judgement is rendered against the laws and governments of man in all cases where they prevent the liberty and choice of man to his avocation and knowledge. It is not sufficient for thee to say: Behold, the public will be taken advantage of by ignorant pretenders. Thou hast no right to say what the public will suffer, and thus base a law on prospective damage. When the public have suffered, and when they themselves, demand protection by such laws, then shall such laws be made. To make such laws beforehand, is to sin against Jehovih.”

In the name of Jehovih, the One Infinite Creator, the Canadian Nationalist Party is demanding that the Court Of Queen’s Bench For Saskatchewan grant this application for Mr. Patron to act as lawyer on behalf of the corporation, and that failure to do so would provide reasonable grounds to conclude that the religious freedom of the plaintiff has been impaired in contravention of the Magna Carta (1215). 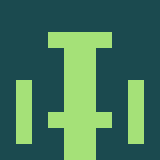